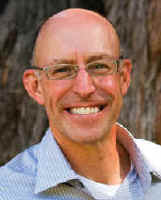 While promoting the excellent DVD Food, Inc. on Oprah on January 24, Michael Pollan made the following statement: “The Inuit in Greenland you were referring to [have a] 75% fat diet — no type II diabetes, no heart disease.”

The implication that the Inuit’s high-meat diet is healthful is almost certainly wrong. The Inuit have a reduced life expectancy, and indigenous people on a similar diet in Alaska suffer from rampant osteoporosis. Moreover, the “Inuit” diet — huge amounts of animal products — seems to contradict Pollan’s principle of “mostly plants.” The most recent incarnation of the high-meat diet, the Atkins diet, is now universally discredited. (Update 3/24/2018: this link is dead, try web archive to find it.)

Is this just an isolated slip in an otherwise creditable presentation?  Alas, I’m not sure. Pollan’s deference to the Inuit diet is part of his unhappiness with scientific nutrition. Culture and tradition teach us “just as much, if not more” (emphasis added) about eating than nutrition science (In Defense of Food, p. 12). He’s not quite ready to junk nutrition science, but culture and tradition have the upper hand here. Pollan is enamored of all things “traditional,” and while he favors plants, Pollan is generally more accepting of animal food when it’s “natural” (see p. 166-167), and the Inuit eat a lot of “natural” meat.

I’m surprised that so few people have observed this bias. Modern nutrition science is hardly perfect, but science is not just a set of results: it is a way of doing things. You don’t just give up on science because it doesn’t produce the results that you want, because corporations unduly influence so-called science, or because someone produces a stupid scientific study. I don’t expect Pollan to agree with T. Colin Campbell’s book The China Study, but I think he should at least take a look at it before trashing scientific nutrition. Which brings me to my final point: Pollan has been careless about The China Study, if in fact he’s read it at all.  Let me explain.

One of the three food rules in In Defense of Food is “not too much,” meaning that Americans take in too many calories. But those of you who’ve read The China Study may recall a key finding: even the least active Chinese (the equivalent of office workers) eat about 30% more calories (mostly plant based) than the average American, yet they weigh less and are generally healthier. Uh, doesn’t this have direct bearing on the “not too much” idea? Maybe “not animal foods” would be a better idea?

I don’t see how anyone could read The China Study and miss this basic point. There are two off-hand references to The China Study in his book, so I presume that at least his fact-checker has the book.

Pollan’s statement about the Inuit does not leave me with a good feeling. I know that he has a lot of legitimate complaints about the way science is being manipulated; Campbell made many of the same criticisms.  But isn’t preferring tradition to science uncomfortably close to the ideologies of the Middle Ages? I hope that Pollan can be persuaded to give more than a passing glance to The China Study and give science another chance.

UPDATE March 15, 2010: Here’s another reference to the Inuit diet: “Sealed in Time: Ice Entombs an Eskimo Family for Five Centuries,” by Albert Dekin, National Geographic, June 1987.  Two women were found in the ice from five centuries ago, one in her 40’s and another in her 20’s.  They had severe osteoporosis and atherosclerosis.  The author says that this is likely the consequence of consuming huge amounts of whale and seal blubber.  So you can’t just blame it on modern pesticides or junk food: this diet just isn’t healthful.

1 thought on “Michael Pollan and the Inuit Diet”