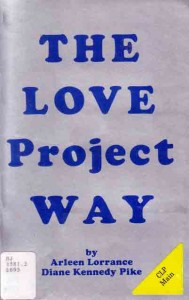 “We must be the change we want to see in the world.”  This is one of the most widely quoted sayings attributed to Mahatma Gandhi.  But did Gandhi actually say this?  In June 2009 I posted an article questioning whether Gandhi actually said this. While this statement is everywhere on the internet, tracking down a reliable print source is much more difficult.  Now, I have a better idea of where this saying comes from, and the answer certainly surprised me.

I ask this question out of respect for Gandhi, out of respect for history, and out of respect for the saying itself. Without knowing the context, how do we know that we are attributing something to Gandhi that he never said, or misunderstanding this saying completely?  I’d rather have the memory of a Gandhi with whom I didn’t necessarily agree, than a Gandhi whose views can be remade to fit our fancy.

Did Gandhi Say This?

When you think about it, we needn’t worry too much about the origin of the basic idea that we must “be the change” we want to see.  It’s similar, though not identical, to the idea “practice what you preach”; surely, Gandhi would have likely agreed.  But so far, I haven’t been able to reliably document this specific wording, or anything reasonably close to it, to Gandhi.

My first personal memory of the saying is from 2004, when it was used in reference to the candidacy of Mike Miles for Senate from Colorado. I didn’t even realize it was attributed to Gandhi. When I started actively trying to track down a source in 2009, I found the saying everywhere on the internet; the governor of West Virginia discussed it, and even the National Cattlemen’s Beef Association used it in one of their pamphlets.  But it didn’t turn up in Bartlett’s Quotations or other standard collections of famous sayings at the library.

The earliest references I could find were to some articles referencing Arun Gandhi, a grandson of Gandhi, in which Arun Gandhi quotes his grandfather. However, these articles were written early in the 21st century, and over 50 years after Gandhi’s death.  I sent an e-mail to the M. K. Gandhi Institute (founded by Arun Gandhi), asking about the source of this saying, but didn’t get a response.  More recently, I have found that Arun Gandhi had said that he was paraphrasing, rather than quoting exactly.

The saying seemed a bit suspicious because the earliest source (an interview with Arun Gandhi, I thought) was so recent and because it seemed more appropriately directed at affluent Westerners than towards Gandhi’s impoverished untouchables. But I needn’t have worried about Arun Gandhi being the earliest source. A friend said that she had seen this saying as a letter-stamp slogan in the 1970’s.  Another alert reader pointed me to Al Gore’s 1992 book Earth in the Balance, p. 14, where Gore quotes this saying as “we must be the change we wish to see in the world.”

Gore cites as his source The Great Turning, by Craig Schindler and Gary Lapid (Bear and Company, 1989).  (Note that this is NOT the book by the same title written some years later by Dave Korten.)  On page 121, the authors quote Gandhi and relate the same incident about Gandhi and sugar which Al Gore uses. Schindler and Lapid do not cite a source, except that Gandhi’s Autobiography is in the bibliography.  However, the phrase “be the change” doesn’t seem to occur in Gandhi’s autobiography; I did a text search on the e-book version. (I actually read about half of this book many decades ago but never finished it.)

After The Great Turning, though, the trail soon goes cold. Schindler and Lapid are the earliest print source for Gandhi having said this that I’ve seen personally. I wrote to Craig Schindler, who was very cooperative, but was not immediately able to identify a print source for either the “be the change” saying or the sugar story.  I notice that Arleen Lorrance herself (about whom much more below) says that someone saw it in Drum magazine in 1984, which takes it a bit further back in time.

An article by Brian Morton (August 29, 2011) in the New York Times opinion pages disputes that Gandhi ever made the “be the change” statement.  Morton notes that the quotation as attributed to Gandhi is “apolitical,” but says there is “no reliable documentary evidence for the quotation.”

Morton helpfully quotes a similar saying by Gandhi related to the idea of personal change as follows: “If we could change ourselves, the tendencies in the world would also change. As a man changes his own nature, so does the attitude of the world change towards him. . . . We need not wait to see what others do.” This isn’t quite the same meaning implied by the aphorism “be the change,” and suggests that changing oneself is part of changing the world, but certainly not sufficient to achieving needed changes.

The Metta Center has spoken about this controversy and cited the same saying that Morton used, in volume 13 of Gandhi’s 80-volume collected works.  They also cited Richard L. Johnson, whose book, Gandhi’s Experiments With Truth: Essential Writings By And About Mahatma Gandhi, p. 106, quotes this from Gandhi: “The best propaganda is not pamphleteering, but for each one of us to try to live the life we would have the world live.”  Even though this quote doesn’t use the word “change,” it actually embodies the underlying idea better than anything else I’ve seen which seems to be from Gandhi.

Another Source for the Saying

Through all of this, I was concentrating on the question “what’s the earliest source attributing this saying to Gandhi?” instead of a different question, “what’s the earliest source for this saying?”  It turns out that there is a source nearly two decades prior to The Great Turning, from someone you’ve probably never heard of: Arleen Lorrance, as described in the book The Love Project Way (co-authored with Diane Kennedy Pike).

While many remember the decades of the 1960’s and 1970’s as a decade of youthful rebellion and excess, it was also a time of tremendous idealism and spiritual searching.  Lorrance describes her own spiritual revelation, unconnected with any specific religion, in a very interesting way.

She was an agnostic with no religious upbringing, and in 1968 she was confined to her bed because of heart disease.  With this chance to start in a new direction, she underwent self-searching, revelations, and changes.  To make a long story short, after lengthy internal struggles, and wanting to transform her life somehow, she made a conscious affirmation that she was open to the next level of her unfolding if it could somehow be granted to her.

Her wish was promptly granted in a dramatic and totally unexpected way, in the course of her job as a high school teacher in Brooklyn, New York.

A fight broke out in the auditorium of the ghetto high school in which I was teaching.  Someone had to intercede.  I knew I was being asked to see if I was fully ready to bring in what I had learned.  I went forth without question or hesitation, bringing the power and force of love through my presence.  I knew no fear: perfect love had cast it aside.  I served as a conduit of peace in what could have been an arena of bloodshed.

Shortly thereafter, in her office, she received the six Love Project principles.

Without a moment’s hesitation, The Love Project began at Thomas Jefferson High School.  Within a seven-month period the principles, practically applied in a series of Love Projects, helped to transform the school from a place of violence and negativity to a center of love and caring.

The very first of these principles was:

Be the change you want to see happen, instead of trying to change everyone else.

The story of the subsequent changes in the school that grew out of this incident was covered by Look magazine, who assigned a journalist and a photographer to the story for almost three months. Later, Lorrance moved to San Diego, met, and began working with Diane Kennedy Pike, in 1972. The two then went around the country, giving workshops on the principles and passing out yellow cards with the principles written on them.  “We gave out our little yellow cards and there are people who still have their original card, ragged as it is, all these years later, tucked in their wallets to remind them of how to function in unconditional love in a difficult moment.”

At the time, Lorrance had no knowledge that this saying had come from Gandhi.  “I didn’t receive The Love Principles from anyone but rather I connected directly with the source of all wisdom that is available to us when we become conscious and function as light-filled beings.”  Later she heard that the quote was from Gandhi and she didn’t question it or investigate. “My immediate reaction was, if Gandhi had said this, then I, in having directly registered this truth was in good company indeed.”

Anyone who has struggled with deep spiritual issues at great length will sympathize with her account, and I really hope that people interested in this process will be inspired to read at least chapter 1 of The Love Project Way.  Plus, you can find out what the other five principles are!

Despite extensive searching and discussion of this question (and with the advent of computers, text searching tools), all the written references attributing this saying to Gandhi are relatively recent.  Moreover, there are extensive written references to the saying from the 1970’s, which come from “The Love Principles.”  Based on this evidence, my belief is that Arleen Lorrance is the first person to articulate this saying and put it on paper in the form that we now know.

2 thoughts on ““Be the Change” — where did this saying come from?”