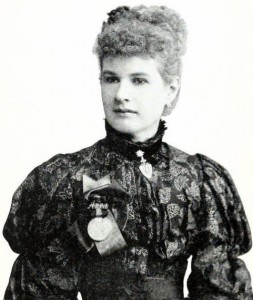 How can we imagine Jesus slaughtering animals or even condoning it?  Yet both Christian tradition and the doors of the churches are often closed to ethical vegetarians concerned about animals. One approach to this problem is to look for alternative gospels, and if none is found, to write such a gospel. This approach has sometimes produced some interesting results, one of which is The Gospel of the Holy Twelve.

Looking for modern “alternative gospels” would not be my approach to this problem. What happened to the ethical vegetarianism of the historical Christian community which originated in the first century? What happened to the Jesus who said “I have come to destroy the animal sacrifices,” and was killed after disrupting the animal sacrifice business in the temple?  We shouldn’t give up hope so quickly! But I can well understand the frustration of many who have turned away from the Christian tradition in response to the corruption of the scriptures and the general ignorance of most scholars of the subject.

In the 1980’s, I read a book called The Humane Gospel of Jesus, published by an obscure group called “The Edenite Society.” In 1997, it was published as The Gospel of the Nazirenes. This version is almost identical to The Humane Gospel of Jesus, but has some of the “King James” language cleaned up. The back cover of The Gospel of the Nazirenes advertises it as the “missing link” between the original Aramaic (or Hebrew) gospel of Matthew and the canonical Matthew. Some Essenes are said to have taken the gospel to Tibet, and then left it in a Buddhist monastery. Much of the text is identical to Matthew, Mark, Luke, and John, but other sayings in the gospel have a clear vegetarian message. “You shall not eat the flesh, nor drink the blood of any slaughtered creature, not yet anything which brings disorder to your health or senses” (46:15).

So is this gospel really based on an Aramaic manuscript, and if so, where is the original and why haven’t scholars taken any notice of it? In fact, this gospel is not from the first century, the fourth century, or even the middle ages. It was promulgated by Rev. Gideon Jasper Richard Ouseley (1835–1906) in the late nineteenth century, titled The Gospel of the Holy Twelve. It is what we would refer to as a “channeled” work, received by some process of inspiration rather than from a written document. To really understand its origins, we have to look at two other 19th century figures, Anna Kingsford and Edward Maitland.

How did Rev. Ouseley come by this manuscript?  In the earliest versions of The Gospel of the Holy Twelve, there is an Explanatory Preface. The first sentence of this Preface reads,

This “Gospel of the Holy Twelve” . . . is one of the most ancient and complete of early Christian fragments, preserved in one of the Monasteries of the Buddhist monks in Thibet [Tibet], where it was hidden by some of the Essene community for safety from the hands of the corrupters and now for the first time translated from the Aramaic.

This makes it sound like Ouseley at least thinks he has found an Aramaic manuscript from Tibet.  But Ouseley himself tells us what his knowledge of the gospel is further down, where we read this:

Their “Gospel of the Holy Twelve” was communicated to the Editors, in numerous fragments at different times, by Emmanuel Swedenborg, Anna Kingsford, Edward Maitland, and a priest of the former century, giving his name as Placidus, of the Franciscan Order, afterwards a Carmelite. By them it was translated from the original, and given to the Editors in the flesh [emphasis added], to be supplemented in their proper places, where indicated, from the “Four Gospels” (A. V.) revised where necessary by the same.

To this explanation, the Editors cannot add, nor from it take away. By the Divine Spirit was the Gospel communicated to the four above mentioned, and by them translated, and given to the writers; not in seance rooms (where too often resort the idle, the frivolous and the curious, attracting spirits similar to themselves, rather than the good), but “in dreams and visions of the night” [Job 33:15–16], and by direct guidance, has God instructed them by chosen instruments; and now they give it to the world, that some may be wiser unto Salvation, while those who reject it, remain in their blindness, till they will to see.

So there’s no Aramaic manuscript here.  Whenever and however Ouseley got his manuscript, it was already translated into English.  The people who gave him the manuscript presumably also told him that the manuscript is or was in Tibet.

The Influence of Anna Kingsford and Edward Maitland

Let’s look at these four people who gave Ouseley his gospel. If you’re paying attention to the dates of the four people, you discover an important fact: all four of them were dead when Ouseley published his manuscript.

Emmanuel Swedenborg lived during the 18th century (1688–1772), and could not possibly have known Ouseley.  “Placidus,” whoever he is, is also from “the former century” and so presumably is also a historical figure unknown to Ouseley outside of his visions. 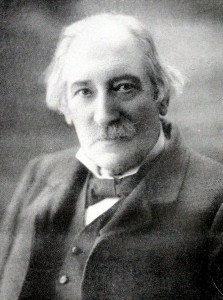 But Anna Kingsford and Edward Maitland were known to Ouseley.  Ouseley was deeply influenced by Anna Kingsford, a celebrated and prolific but tragically short-lived author, feminist, medical doctor, mystic, vegetarian, and anti-vivisectionist.  She became one of the first British women medical doctors, and turned her dissertation into a book, The Perfect Way in Diet. In her mid-20’s, she met Edward Maitland, with whom she developed a close platonic relationship. Kingsford herself had mystical visions and dreams which she called “illuminations” and which she reported on in a parallel mystical work, The Perfect Way; or, the Finding of Christ, co-authored with Maitland.  A key idea of Kingsford’s was that truth was inner and spiritual, and did not revolve around external facts.

Enlightened by Inner Light (the Divine Spirit within), I perceived the fallacy and idolatry of popular Christianity, and from that hour in which I received the Spiritual Christ into my heart, I resolved to know him no more after the flesh. The old historical controversies over the facts and dates and phenomena of the Old and New Testaments ceased to torment and perplex me. I perceived that my soul had nothing to do with events occurring on the physical planes, because these could not, by their nature, be cognates to spiritual needs.

Kingsford died tragically, after remaining drenched for hours in the rain on her way back from the Pasteur Institute, where she had hoped to collect information useful in her (anti-vivisection?) campaigns.  She caught pneumonia, never recovered, and died in 1888.  Maitland died in 1897.  So at the time Ouseley’s gospel was first published (in serial form, concluding in 1900), all four of the people who had given Ouseley the translated gospel were dead.

Ouseley makes explicit elsewhere the kind of visions through which he received the gospel.  Samuel Hopgood Hart (1865-1958) wrote a biographical essay on Rev. Ouseley.  Hart had not only known Ouseley, but Kingsford and Maitland as well, and had kept many letters which Ouseley had written him, which he referred to in his essay.

In a letter to Hart, Ouseley says “it (the Gospel) has simply poured through me all along, and I feel the guidance of the Spirit.”  He mentions the appearance of Kingsford to him in a vision, adding

I say this without one iota of hesitation, for she appeared to me in vision most distinct (and so did he), and gave me a paper to read which I took in my hand and read: Publish it to the world, the means will come.

Some of his revelations did occur while Kingsford and Maitland were alive.  They were published in another work of Ouseley’s (Palengenesia, published 1884); but even here, the revelations are again ascribed to “dreams and visions of the night,” and not to any physical manuscript (nor even to Kingsford or Maitland).  Hart quotes Ouseley as follows:

. . . a lectern seemed to appear before him with certain manuscripts thereon, and as it revolved he read the papers then presented to him. In the morning he noted what he had read, whether it came to his memory all at once or gradually, but generally within the day. The fact that in the morning he experienced heaviness, etc., in the eyes, exactly as if he had been reading all night, seemed to him a proof that some abnormal action was in progress.

From all of this, it is clear that Rev. Ouseley never claimed to have seen a physical manuscript in Aramaic. Ouseley, Kingsford, and Maitland were all very much interested in receiving “illuminations,” that is, guidance from within, as revealed in dreams and visions, not in researching ancient manuscripts. He likely saw his subsequent vision of Anna Kingsford, after her death, as a kind of “imprimatur” on his entire project. The manuscript came in “dreams and visions of the night.”

Ouseley never intended to deceive with his “translation.” But later editions of this work (such as The Gospel of the Nazirenes)  typically include the information in the first sentence — the manuscript comes from Tibet — and omit his explanation of how he obtained the work “in dreams and visions of the night.” This left readers with the impression that there really was a manuscript discovered in Tibet known to Ouseley, and other people then proceeded to speculate on when Ouseley was in Tibet so that he could get the manuscript.

This manuscript is what we would call today a “channeled” work. That doesn’t mean, by the way, that this gospel might not be “divinely inspired” in some sense. After all, isn’t this roughly what Christians think about the New Testament and Moslems about the Qur’an?

But to say that this gospel is from an Aramaic manuscript found in a monastery in Tibet is not only totally unsubstantiated, it is a misrepresentation of Ouseley’s and Kingsford’s views.  Anyone thinking this should heed Ouseley’s own statements: “Seek nought from without. Within is the true light. Without is bewilderment and darkness.” After all, if you have the Divine Spirit, what need would you have for ancient manuscripts?

4 thoughts on ““Dreams and Visions of the Night””