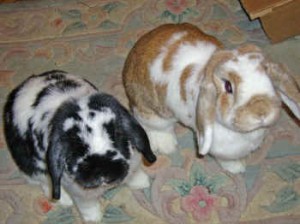 The Rabbit Advocacy Network, the House Rabbit Society, and SaveABunny, released a statement on Tuesday (September 15) saying that they were “thrilled to announce the end of rabbit meat sales at Whole Foods Market.” A House Rabbit Society member, who was also a long-time Whole Foods shareholder, traveled 800 miles to attend the annual Whole Foods Market Shareholders Meeting in Charlotte, North Carolina, and made a plea to the Whole Foods leadership team on behalf of the rabbits. After her statement, she was told by A.C. Gallo (Whole Foods’ Chief Operating Officer) that Whole Foods had decided to stop selling rabbits by the end of 2015.

Whole Foods had been the target of numerous protests. Last November, activist lauren Ornelas was arrested while handing out leaflets in front of Whole Foods. In the end, however, no charges were filed.

Whole Foods also released a statement which confirmed that they would stop selling rabbit meat by the end of the year, but blamed lack of sales as the cause. They said that Whole Foods would be “happy to provide suggestions and recommendations for customers seeking lean alternatives like quail, pheasant, buffalo/bison, lamb or venison.”

Rabbits are a popular furry pet. The 2012 American Pet Products Association (APPA) Pet Owners Survey said that 2.5 million households now live with over 6.6 million rabbits, the nation’s third most popular mammalian pet after cats and dogs, and that the number continues to increase.

Tara Baxter of Rabbit Advocacy Network cited the investigation done by Last Chance for Animals as proving that rabbits have suffered immensely in the process of being raised for slaughter, and commented, “We hope that other grocery chains will follow suit so that the cruelty inherent in rabbit farming will cease forever.”