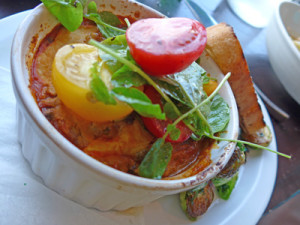 A lot of people, reading my previous two posts on defining veganism — including some people who commented on them — reacted by saying: “it’s all semantics.” Who cares about the precise definition of veganism? This will never matter.

Actually, yes, words do matter, and here’s a major case in point — the history of Buddhism. The first precept of Buddhism is expressed in various ways, often as “not to take life” or “not to kill any sentient creature.” The Detroit Zen Center gives the precept as “Do not harm, but cherish all life.” That is very close to a vegan commandment. In fact, if the first precept were rendered as “not to injure any sentient creature” (which one Buddhist writer, Barbara O’Brien, explicitly does), it would be a nearly exact replica of the vegan idea, thus predating Donald Watson by about 2500 years.

So why isn’t Buddhism a vegan (or at least vegetarian) religion? Of course Buddhists and Buddhist teachers will respond in many different ways. They may respond that the Buddha was not vegetarian, that the Buddha ate meat and died after eating pork, or that the first precept is impossible to keep. But others will point to a Theravada teaching that the Buddha said that it was all right to eat meat from an animal not specifically killed for you.

Is it all right to eat an animal not specifically killed for you? What does this mean? It’s clearly an attempt to absolve the meat-eater from responsibility for the death of the animal that they are eating. It addresses the question of complicity, which is also a key concept for veganism.

Now, in some cases you really might not be responsible for the death of the animal; the cases of the homeless scavenging food from dumpsters, or scavenging roadkill, come to mind. But this sort of situation rarely happens; it’s usually much more straightforward. You go to the store or a restaurant, and you buy meat.

Some years ago I went to hear Stephen Batchelor talk about his book on Buddhism, and asked if he was vegetarian. He said that he wasn’t, and gave as his reason this alleged remark from the Buddha. This was part of the instruction that the Buddha gave to his monks. The monks, he explained, made a practice of going around begging for their food, and since beggars can’t be choosers, the Buddha advised them that they could accept meat donated to them. The one exception was if the monk had reason to suspect that the meat came from an animal specifically killed for them. That’s a pretty unlikely scenario, so in practice monks are going to accept meat given to them.

In turn, this instruction from the Buddha means that, in practice, no one is going to be vegetarian. Monks set the moral standard for the entire Buddhist community. If they aren’t vegetarian because the animal was not specifically killed for them, then laypeople aren’t going to be vegetarian either, and so there goes the first precept in a general round of mutual self-deception and hypocrisy.

In theory, the problem here is the question of the ambiguity of moral complicity. If you go out and kill an animal, there is no ambiguity. You did it. But if someone else kills the animal . . . well, that’s a completely different story! Then, we can make an exception! It’s all right to eat this animal, since you didn’t cause their death.

This “exception” is so convenient that I have doubts, on historical grounds, that the Buddha actually said this. It probably falls in the same category as the explanation that the Buddha was not vegetarian (highly unlikely, given the first precept). It was a rationalization added when some followers of the Buddha noted the obvious implications of the first precept but didn’t want to actually try to follow it. This exception is about complicity. Just as long as you did not personally kill the animal, or cause it to be killed on your behalf, then it’s all right to eat it. Thus, Batchelor argued that it was all right to eat meat purchased at the store, since it wasn’t killed for you.

Most vegetarians or vegans — and some Buddhists — would regard this as blatant hypocrisy. See Roshi Philip Kapleau’s outraged comments on this in To Cherish All Life, and Norm Phelps’ comments in The Great Compassion. If I buy meat in a store, I am obviously rewarding the person who killed the animal, and thus I am responsible for an animal’s death. In fact, as Peter Singer points out, buying meat in a store does cause an animal to be killed especially for you. It is not the animal that you eat that was killed especially for you, but the next animal that is killed when the slaughterhouse owners see that there is a demand for this product.

Meat-eating Buddhist teachers may respond that this is a semantic argument. Well, yes, it is. But sometimes, semantics matters in conveying our meaning. We have to use common sense, logic, and our heart. It is intuitively obvious that if one eats meat purchased in a store, one is violating the first precept.

This “semantic” distinction was critical to the history of Buddhism. Without the Buddhist community accepting this particular rule from the Buddha, and giving it a particular interpretation, a major religious tradition would have been vegetarian, and this potentially would have spread all over the world. How could anyone miss this?

Perhaps it would be unfair to expect ordinary Buddhists to be experts in logic, semantics, or their own tradition. But it is the responsibility of Buddhist teachers and Buddhist intellectuals to be aware of this, and they are responsible for the actions of their followers. Sometimes, words are a matter of life or death.