If you are a vegan, should you also try to live simply? Does veganism imply simple living? Vegan activists often downplay or reject outright the suggestion that veganism means “doing without.” We have vegan cheese! We can travel to exotic destinations and eat vegan! We can get the latest Tesla electric car with non-leather seats! However, veganism — in spirit, if not in the letter — does imply living simply, because of the effect of our consumption patterns on wild animals. 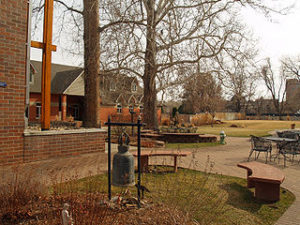 Actually, this is more than a thought experiment. In 2015, Naropa University — a Buddhist-inspired university in Boulder, Colorado — contemplated expanding their campus into an area occupied by prairie dogs, whom they proposed to kill. (They changed their minds after protests began.) In this case, the connection between expanding one’s presence and driving out wild animals was immediate and obvious; but what about vegans who, through their purchases, desire for new housing, or decisions to start families, have the same effect on wild animals indirectly?

It’s true that there are animals killed by almost everything humans do, and that there’s no way that you can be completely 100% vegan. What are we supposed to do, live on the streets? But still, we should try to minimize our impact as much as possible. Livestock agriculture is destroying wildlife habitat, but all new housing requires development and therefore habitat destruction on someone’s part. Environmentally aware people may want to look first for housing in established neighborhoods where no additional habitat destruction will be required. If you have to get into new housing, at least pick a relatively “dense” neighborhood with a smaller footprint per household. Habitat destruction is the leading cause of species extinctions generally.

This same argument applies not only to new housing, but buying lots of things in general. Consumerism in general hurts wild animals, even when it’s not an “animal product.” Your toy or electronic device required a factory to be built, fossil fuels to be burned, and metals to be mined; that factory, those fossil fuels, and that mining destroyed some wild animal’s habitat.

Think about it: over 90% of the large animals are humans and our livestock, not elephants, giraffes, hippos, or anything else. We cannot avoid all consumption, but we should certainly seek to minimize it as far as possible or practical, and for the time being we should bring as few new consumers into the world as possible. In our society, any child that vegans have, even if raised as a vegan, will almost inevitably be a consumer. As Will Anderson says, human beings are predators just by their very presence.

Even though I’d love it if we all decided that simple living and veganism are the same thing, right now it makes the most sense not to equate these two ideas. Many people following the idea of “simple living” haven’t even thought about veganism. And many vegan advocates are so concerned about not depicting veganism as “weird,” that they would prefer to avoid raising awkward questions like whether vegans should be embracing a consumer lifestyle at all.

For my part, as a vegan I will continue to remind other vegans that true veganism is more than just respecting farm animals. It also means respecting the wild animals being driven to (and beyond) the point of extinction by humans expanding their lifestyle. The communities of people who are using and exploring these terms — “simple living” and “veganism” — have different starting points for their idea. But I suspect that, in the end, they will wind up in the same place.

6 thoughts on “Talking to vegans about simple living”