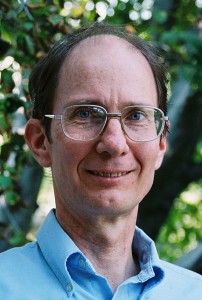 Thank you for taking an interest in the Compassionate Spirit blog. The more attentive of you have already noticed that just recently I haven’t been blogging as frequently. That’s because I’m working on an upcoming book concerned with degrowth and veganism. Blogging is fascinating, but it takes time to write a blog that isn’t just fluff. Unfortunately this situation will continue for a while. My book, while extremely interesting (at least to me!), is taking a lot longer than I thought it would. Extra credit if you can remember the last author, other than me, who said this.

In the meantime, for what it’s worth, here are the five most popular blog posts that I wrote in 2016. “Most popular” posts are not necessarily the posts that I worked the hardest on, nor are they the ones that attracted the most comments. But it’s always engaging to figure out what sorts of things you, the readers, are looking at. 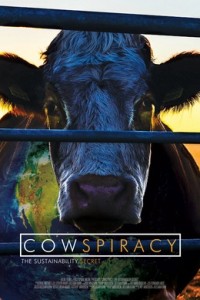 1. UCS posts strange review of Cowspiracy — no, wait, a review of “Livestock and Climate Change”

We’ve been wondering when environmental groups were going to notice Cowspiracy. Well, there’s good news and bad news! The good news is that one group, the Union of Concerned Scientists (UCS), is now publicly discussing Cowspiracy, but the bad news is that this comes in the form of a rather strange review. Unfortunately, because this review has so many problems, it tends to confirm, rather than diminish, the overall message of Cowspiracy that environmental groups are prejudiced against any suggestion or even hint of veganism.

In December 2015, Sailesh Rao and two of his colleagues made a presentation to the American Geophysical Union, entitled “The Lifestyle Carbon Dividend.” The key point of this paper was that by simply stopping livestock agriculture, we could sequester more carbon than humans have released into the atmosphere since 1800. The reason is that grazing land occupies much of the planet’s surface today. In the absence of livestock agriculture, much of this area would revert to forests, which incorporate much, much more carbon than grasslands or pasture. 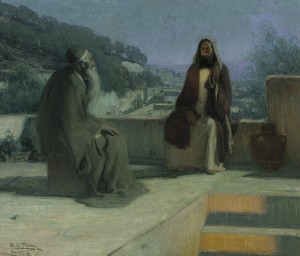 3. VS interview: Jesus’ family and vegetarianism

The Vegan Spirituality Online Gathering (a project of In Defense of Animals) interviewed me on January 14. They recorded the whole call and have made it available on YouTube. Besides me, Lisa Levinson and Judy Carman were also on the call. It’s rather long — over an hour and twenty-two minutes — so I’m just including a short clip in which I discuss Jesus’ family and vegetarianism, including James, the brother of Jesus and the first leader of the church after Jesus.

Simple living should be a simple idea, but it’s not. The basic idea of living on less is an old idea, practiced by such people as the Buddha, Jesus, Epicurus, the Quakers, Thoreau, and Gandhi. Given the environmental crises that we now face, and given huge income inequality, simple living would also seem to be a timely idea. Our society makes increased consumption easy, under the banner of “economic growth.” Someone trying to consume less is bound to run into problems — but explaining why is, well, complicated.

5. Talking to vegans about simple living

Vegan activists often downplay or reject outright the suggestion that veganism means “doing without.” We have vegan cheese! We can travel to exotic destinations and eat vegan! However, veganism — in spirit, if not in the letter — does imply living simply, because of the effect of our consumption patterns on wild animals.

Even though I’m blogging less, the readership of Compassionate Spirit has substantially increased in recent years. In 2014 and 2015, the number of hits increased by 40% each year, and in 2016, they increased by 60%. To a certain extent, this is because of two unusually popular posts: “Was Jesus a Vegetarian?” from last year, and “Be the Change — where did this saying come from?” from 2012. In fact, these two posts alone constitute 37% of the total hits on my site.

Good luck in 2017 and here’s hoping that there will be more attention devoted to, and action towards, a more compassionate and sustainable planet.