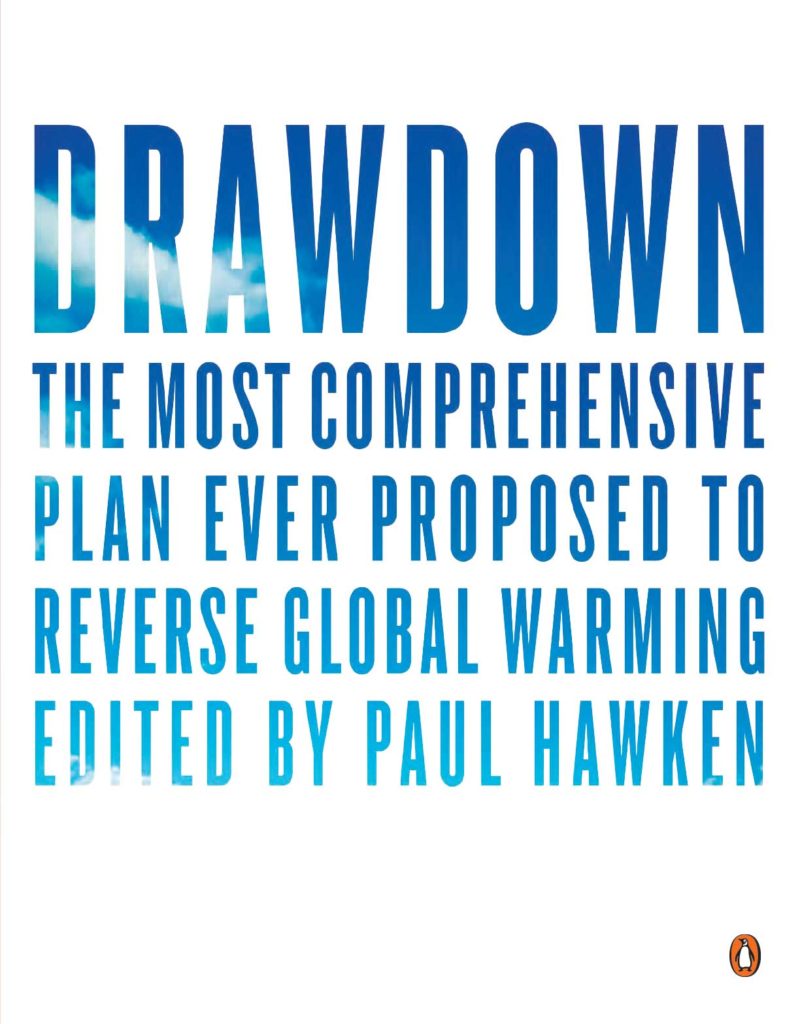 Approaching global warming in this way looks like an attempt to retrofit sustainability onto our existing system. Is this going to work?

Adopting this idea, we would do the same things we’re doing now, but sustainably. In their defense, “Project Drawdown” doesn’t actually advocate this line of thought, but leaves it up to readers to come up with their own plans. But assuming that the authors favor this approach is a natural assumption. Just do these 100 things, or some reasonable facsimile, and global warming is solved.

This approach is problematic. Focusing on the “trees” rather than on the “forest” leaves a number of significant questions unanswered. Where are all the transmission towers for this renewable electricity going? What about energy storage? What is the energy return on energy invested (EROEI) going to be? What about rare earth minerals? What about industrial heat?

Agreed, we need to do things differently; but we need “less” just as much as “different.” We do not face just a problem with global warming, but with limits to growth more generally. We need a smaller economy: fewer people, less consumption per capita, and please, just get rid of the livestock industry altogether. 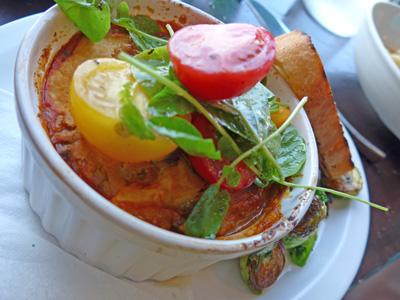 This was delicious. Author’s photo, from “Modern Love” in Omaha.

Veganism fits perfectly in that context. It is “less” on a massive scale, because livestock agriculture is not just the main use of land for agriculture, it is the main use of land, period. Compared to (say) trillions of dollars on wind turbines, moving to plant food diets is relatively cheap and quite quick.

This “building block” approach bypasses all the other environmental problems, many only slightly less problematic than global warming. How about peak oil, for example? If a wave of enthusiasm overtakes the country and we decide to implement the Green New Deal, where are we going to get the energy and materials to put implement this renewable energy economy and accompanying infrastructure?

Hubbert’s Pimple. The oil era, from beginning to end.

Here’s a clue: all of this energy and these materials will most likely come out of the consumer economy. This will be a very stressful transition. During the Second World War, the USA quickly realized that we couldn’t have both “guns and butter.” A lot of the consumer economy was shut down and converted to support the war effort. Car manufacturing was gone and Americans grew about half their vegetables in “victory gardens.” We’ll probably face a similar dilemma of “renewables or butter.” All the indications are that when we finally get to a worldwide renewable infrastructure, it will be a smaller economy with less energy. Don’t get me wrong; it’s still a huge improvement on planetary destruction.

And what about emerging infectious diseases like COVID-19, AIDS, and MERS? What about soil erosion, species extinction, groundwater depletion, and mineral exhaustion? And don’t we need to say something about vast economic inequality? About half of all CO2 emissions (world-wide) are coming from people in the top 10% of income. So we’re going to all this effort to remedy a problem mostly created by the elite? Excuse me?

This situation demands a revolution not just in our energy sources, but in our politics, our economy, and our way of life. I’d prefer to see simple living on a massive scale. We need to make everyone as comfortable as possible in that space. Let’s have a modest basic income so that no one will be homeless because of losing their job. Raise taxes on the rich to pay for it. Allow population to fall back nonviolently until we’re at a more sustainable level. 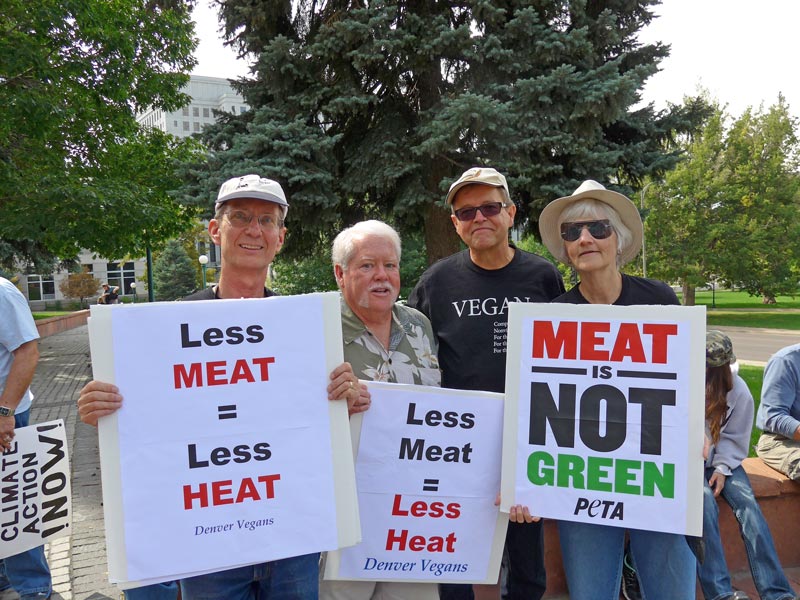 Here we are at the Colorado State Capitol in 2014.

This is why I persist in bringing the discussion back to veganism. Veganism obviously isn’t the only thing we need, but compared to other solutions it’s technically uncomplicated, financially cheap, and will yield early and concrete results. It is likely that at least half of all greenhouse gas emissions are due to livestock agriculture.

Furthermore, this is the direction I’d like to see the vegan movement go. Leaders in “mainstream” animal rights groups, vegan nutrition leaders, and other activists could get out in front of the parade. We need to integrate ourselves into a worldwide movement to deal not only with global warming, but with the crisis of civilization created by limits to growth.

If we think we can do substantially less than all of this, we are deceiving ourselves. There may be some problems with the ideas I’m putting forward, but simple living and veganism would be my starting point. Trying to reduce carbon emissions AND address resource depletion AND stop all the other problems with water, soil, diseases, extinctions AND remedy inequality by getting 7.5 billion people up to the destructive American standard of living — this is just way too much and will result in frustration and despair. Let’s be honest about where we are headed and why. Then let’s come up with a practical approach.