Drive Your Plow Over the Bones of the Dead. Olga Tokarczuk. Translated by Antonia Lloyd-Jones. Thorndike Press, 2019. 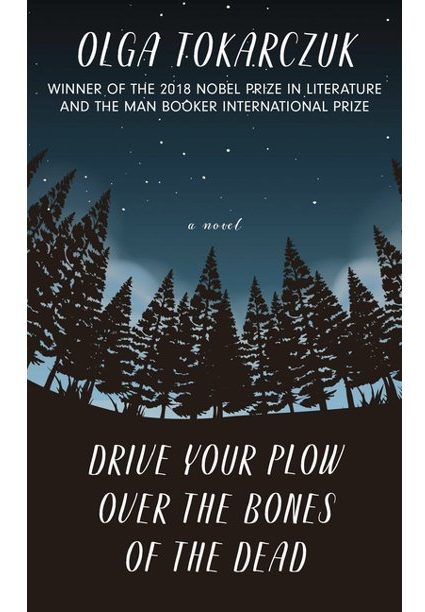 The Polish novelist Olga Tokarczuk has become something of a lightning rod in her home country because of her left-wing and anti-establishment views. She is also a vegetarian and recently received the Nobel Prize. So when I heard that Drive Your Plow Over the Bones of the Dead (which turns out to be an allusion to a William Blake poem) had a strong “animal” theme, I was naturally curious and had to check it out.

Well, it does have an animal theme, but if you were expecting lyrical descriptions of the Polish countryside from this author, you can forget that right now. It is a gritty, modern, realistic murder mystery.

As the novel opens, Janina (the protagonist) is awakened in the middle of the night by persistent banging on her door. When she finally manages to rouse herself, a friend announces to her that one of their neighbors has just died. They visit the scene together, and Janina believes that it is a murder. Later, there’s another killing, and then another. Janina has a theory: the animals are taking revenge on people who have been cruel to them. She writes letters to the police, giving her reasons and her astrological theories. But she can’t get anyone to pay attention, and her friend suggests that she stop talking about her theories.

Janina, it turns out, is a bit of a crank. She is an older woman, widowed, with only a few friends. She is devoted to astrology, which she is happy to talk about at great length, and has a project of translating William Blake from English into Polish. She is vegetarian but not vegan; she wears a down coat and eats cheese. But she does love animals and is very vocal about her support for animals. Near the village where she lives, there is a fur farm and a slaughterhouse, and many of the residents engage in hunting, which of course Janina rails against.

As the novel developed, even though I was sympathetic with Janina’s pro-animal views, I wasn’t sure that Janina was entirely on this side of reality, and her constant and lengthy references to her theories about astrology didn’t improve my opinion of her mental state. A second friend of Janina’s helps her with her translations of Blake, and a third (an entomologist) turns up midway through the book to provide some plot twists and the love interest.

However, romantic love is not the focus of this novel, but rather love of animals. It treats sympathetically the psychological issues of people who love animals in a larger society that just couldn’t care less. We have to tolerate routine, casual, and socially acceptable violence against animals.

Even if you are ordinarily disturbed by violence in movies and novels, this novel is worth taking a look at. The violence is muted (PG or maybe PG-13) because it takes place “off stage,” and we come across the bodies after the fact; and Janina shares our disgust with the casual violence towards animals. The plot moves along quite well, although about 3/4 of the way through the book, I began to wonder if the book would ever have an ending. Would we ever find out “who did it” or would the novel just end inconclusively? I have great news! There is an ending! Hang on to the end, and all will be revealed. 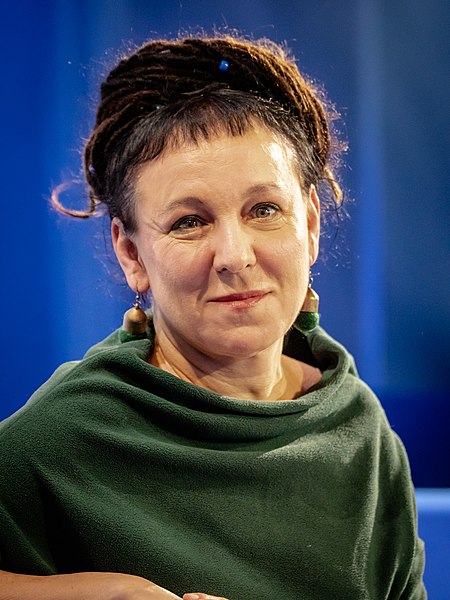 Interestingly, the one point which I found a bit “unrealistic” was a scene in which a priest delivers a sermon which actually recommends and praises hunting of animals at some length. When I read this, my reaction was that this must be an exaggerated caricature of anti-animal prejudices. Sure, it’s disgusting, but when would a priest “in real life” ever deliver this kind of sermon? But in the author’s footnote afterwards, it turns out that the author got these quotations from internet searches of actual sermons! So the feature that I thought was the least realistic, turned out to be the only one based on fact!

Drive Your Plow has been adapted as a film which is, alas, only available in Polish on DVD (“Pokot”/”Spoor”). When the film was attacked by some in Poland for promoting “eco-terrorism,” the director of the film—with some satisfaction—said that they are thinking about including that description in some of the publicity for the film. You can see a video interview of Tokarczuk discussing some issues with her latest novel, Flights, here; she’s an interesting person.

So I highly recommend this, especially for vegans and animal activists who are used to being ostracized for their views on animals. This would also be great for book clubs as it will likely provoke some lively discussion. For me, the biggest question this novel left was not what I thought about Janina’s behavior, but how to explain my own reaction to the ending of the book.